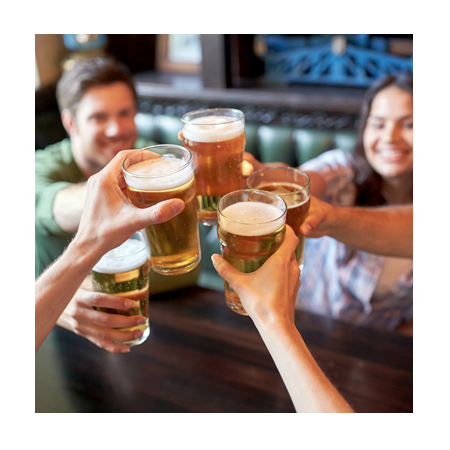 150 years of beer
the Wiedemann’s Story

German immigrant George Wiedemann began brewing Wiedemann’s Fine Beer way back in 1870. He had moved from Cincinnati, where he was brewmaster at Kauffmann Brewery in Over-the-Rhine, to Newport, where he partnered with John Butcher at the Jackson Street Brewery. That’s where Wiedemann’s beer was born and the legend began.

George later bought out his partner and incorporated as the Geo. Wiedemann Brewing Co. in 1878. A few years later he bought the Constans Brewery in Newport, adding a large malt house and hillside lagering cellars to his operations.

Wiedemann’s quickly grew to be among the area’s favorite beers, including a golden Bohemian lager for which it’s still famous today. Thirst-quenching and always refreshing, Wiedemann’s beers were known throughout the region for their full flavor and consistent high quality. And the Wiedemann brewery’s open-air taproom became a popular gathering place for the community.

That’s the time-tested tradition to which the new brewery in St. Bernard is still dedicated. Stop in and taste it for yourself, fresh from the barrel.